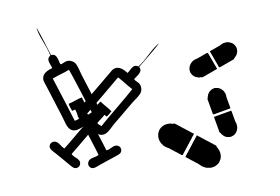 What if I told you there was a foolproof method of preventing sexually transmitted infections (STIs) and other diseases? It’s 100% effective, completely safe and even free of charge? Yes, you’ve guessed it: abstinence from sexual activity with other people is indeed the safest form of protection.

Sexual activity is not confined to sexual intercourse. There are different types of sexual activity, each corresponding to different levels of risk for STIs. One simple way to reduce your risk of getting an STI is to use condoms. It is also very important to talk about your own and your partner’s sexual history, and get yourself tested for STIs regularly. If you think you might have an STI, refer to the article on “Sexual Health Screening”.

Have you ever been caught with your pants down, with nothing in between the both of you except hot rushing blood and hormones in overdrive? In a guy-girl couple, one claims, “It’s my safe day,” and the other claims, “I’ll pull out before I ejaculate.” But when the pregnancy test comes back positive, both claim, “I don’t know how it happened!”

IS IT EVER SAFE NOT TO USE CONDOMS?

Almost never. Even though it might seem a hassle to have to use condoms, it is one of the best ways to prevent STIs.

You might think it is safe to not use a condom if you and your sexual partner
are sexually monogamous and have both tested negative for STIs and HIV. Or you might think that you are not at risk because of the people you have sex with. However, STIs exist in all parts of the sexually-active population. Further, in STI tests they almost never test specifically for herpes, HPV,
or syphilis, and some infections can lay dormant for years. Also, in HIV testing, there is a three-month window of time between

Never be pressured by your partner to forgo the use of protection. Which would you prefer: spending $4 for a pack of 3 condoms or to spend months living in uncertainty or years managing conditions such as herpes or HIV?