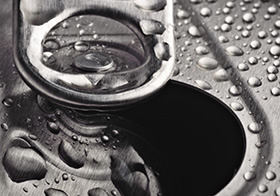 If you were taught about The Hymen in school — which is a big if — you were probably taught that it is a membrane that covers the opening of a girl’s vagina and that it tears and bleeds the first time she has sex. Or you read it on the Net. Or your friend’s older brother who thinks he knows everything told you…

Well let’s face it: gazillions of people think this.

The Hymen (capitalised because everyone makes such a big fuss about it) is actually a bit of tissue around the edge of the vagina about 2-3cm inside it. A more accurate name is the “vaginal corona” because the tissue most commonly looks like a little crescent shape around the edge.

In some cases it can make the entrance more narrow (and yes, this may tear during sex) but in many cases it can tear without bleeding or sex (due to say, sports) or it is simply so thin that it is barely there at all. Not all women bleed the first time they have sex. For some, it is very painful. For others, it isn’t at all.

The idea that there is a membrane that completely blocks the vaginal opening is a bit ridiculous when you consider that women have monthly periods. How would the blood get out?

Not having an intact hymen is NOT proof that a woman has had sex before, and neither is the lack of bleeding during first intercourse. People seem to LOVE the idea that “doing it” for the first time involves some kind of serious pain, as if it were some punishment for having sex. Ugh. It’s just anatomy! And guess what? The older you get, the thinner the membrane, anyway!