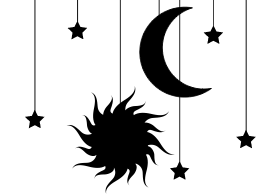 The Morning After The Night Before

Emergency contraceptives (EC) are a means of preventing pregnancy after engaging in unprotected sexual intercourse. ECs can be used if your birth control failed (for example the condom broke or slipped), you did not use contraception or you were forced to have sex. However, it is important to remember that ECs will not prevent against any sexually transmitted infections.

There are 2 types of ECs available to women:

The morning-after pill contains hormones that should be taken within 72-120 hours after an unprotected sexual encounter – the sooner, the better. The hormones prevent pregnancy primarily by interfering with the release of an egg from the ovaries. It can also affect the uterine lining so that a fertilised egg cannot implant.

In Singapore, there are two brands of morning-after pills available:

Postinor reduces the risk of pregnancy by 88%, and if taken within the first 24 hours, it can reduce the risk by up to 95%. Ella is believed to be even more effective than Postinor and its ability to reduce the risk of pregnancy does not decline with delay in treatment as long as it is taken within 120 hours of unprotected sex. Women must personally see a General Practitioner (GP) or gynaecologist to obtain a prescription.

IUDs can be inserted at a gynaecology clinic up to 5 days after intercourse for use as EC. IUDs are small ‘T’-shaped devices made of flexible plastic which are inserted into the uterus, typically containing copper or progesterone. Copper acts as a natural spermicide, while hormonal IUDs reduce menstrual bleeding or stop menstruation altogether. Only copper IUDs can function as emergency contraception.

IUDs are a highly effective, long-acting & reversible form of contraception and are significantly more effective than the pill, reducing the risk of pregnancy by more than 99%. When the Copper IUD is used for EC, it can continue to be used to prevent pregnancy for up to 10 years.

If you don’t menstruate within 3 weeks of taking emergency contraception, get a pregnancy test done.

The morning-after pill is used to prevent pregnancy by delaying or inhibiting ovulation; they do not cause abortion. The abortion pill (also known as RU-486, mifepristone, or medical abortion) works differently from emergency contraceptive pills. The abortion pill is used to terminate an existing pregnancy. It stops the development of a pregnancy and can only be used in early abortions.

Do check with your doctor about getting the contraceptives that suit you.

Wait! Taking the pill or using an IUD may help to prevent unplanned pregnancies, but they do not protect against sexually transmitted infections (STIs). If you did not successfully use barrier methods of contraception and are worried about possible HIV transmission, you can consider undergoing post-exposure prophylaxis (PEP) treatment.

PEP is a short-term antiretroviral treatment that works to reduce one’s likelihood of getting infected although according to researchers, it is difficult to get an accurate estimate on how effective it is. It must be taken no longer than 72 hours after suspected exposure – the earlier, the better.

Treatment normally lasts a month and the drugs are the same as those used to treat those infected with HIV. As with any treatment regime, there are side effects (including diarrhoea and nausea). This treatment is particularly hard on the immune system and should thus only be used in extreme cases and not as a regular form of STI prevention. Drugs must always be taken at full dosage to maximise their effectiveness – and remember that this isn’t a guaranteed way to prevent infection.

PEP treatment is available at: