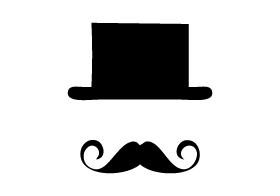 Men: Lies We Are Told

The difference between a boy and a man is simple: A man knows what he wants and doesn’t apologize for it. The right “type” is whomever he says it is.

A lot of energy goes into telling girls how the media is evil because it makes them feel insecure about their bodies. But almost nobody talks about the message sent to us guys. For men, sex is supposed to boil down to three things: how big your dick is, how hot the girl you score is and how many you can bang. But that’s a shallow, incomplete picture of most guys’ desires, not to mention a tired and unhealthy picture of sex as male-female conquest.

Newsflash: the stereotypical ‘hot babe’ bears little resemblance to the diversity of women and girls in real life, many of whom I really like. It took a long time for me to realize that I don’t have to go after the woman that I think will get other guys’ approval: I can date the woman that I am attracted to even if nobody else is. The joke is that MANY straight guys are in the closet about the kind of woman they really like. A few years back, OKCupid did a story on which women were getting the most messages from guys. And guess what? They weren’t the women rated nine or ten.

The moment of truth came for me about two years ago. I was at a packed Starbucks outlet when a super attractive woman asked if she could share my table. This girl was practically a movie star. We talked a bit and she was into me. Really into me. Within a week this woman was in my bed. It was crazy. But crazier still: all I could think about was how the other guys would react when I told them. I wasn’t actually into her at all. I was into the idea of being able to tell the guys what a stud I was. How pathetic is that?

These days I’d have fun on a date with the “cute but doesn’t know it” geek lady with whom I share common interests. We could debate over which was the best episode of Star Wars. We could talk about the latest fad and catch the hottest movies. Personally, I’m attracted to smart, confident, unassuming women. That’s just the way I roll, and I’m not about to settle for anything else just because of what others think.

The point is, I don’t date girls based on how many “Likes” I think I will get on Facebook anymore. Been there and done that. Life is too short for living up to somebody else’s manufactured idea of what is supposed to turn me on.