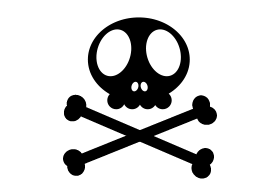 I was wearing a new dress from Zalora that everyone said looked great on me. I don’t usually wear sexy things but I had been going to the gym and wanted to show off! I met Beng that night at a party and we hit it off instantly. He was really cute, we had lots of things in common, and he was so funny. I couldn’t believe he was so into me! He kept buying me drinks and I probably drank more than I should. To be honest, most of the time I don’t drink but that night I wanted to let loose and I was just in the mood for celebrating.

I woke up the next day with the urge to vomit; my head was pounding and my body ached. Beng was on the other side of the bed and his back was turned to me. When I looked around, nothing about the room felt familiar. There was a condom, still in its wrapper, on the corner of the bed and I could see my dress and purse on a cabinet across the room. I used what little energy I had to grab my things and get out of there.

When I called my friends later, they told me that I had taken off my shoes at the party and danced on the table, giving Beng a strip show, and that I had insisted on going home with him despite their reluctance. They said Beng convinced me not to worry about what my friends said and that he would take good care of me.

Despite what my friends say, I can’t believe that I would have consented to sex with Beng. I am just not that kind of person. I’ve only had sex with one other person, who was also the only guy that I’ve ever kissed.

I had such an awesome time last night. I met this cute chick that I used to see around at parties. May used to seem really shy but last night she looked like she was on the prowl. I was kinda getting the vibe that she wanted attention from any guy at the party, that it didn’t have to be me. Anyway, we were getting along well, we both liked the same music, and she was drinking like a fish! I don’t normally put the moves on girls because I’m usually too shy, but we both had a lot to drink. And then around midnight when her ‘favorite song’ came on she insisted on getting up on a table, dancing sexily and staring at me while she mouthed the words to the song. Maybe I was drunk but it seemed like she wanted me bad.

She asked me if she could come home with me. I couldn’t believe my luck. As we were leaving, her friends became all territorial and looked at me like I was some sexual predator. I told them I would take care of her and put May into the car. We drove to my house, although we stopped a couple of times because she thought she was going to puke. I brought her into the house and as soon as we stepped into the room, May started undressing. Just like that! She got completely naked and then flopped on the bed. I followed her lead and took my clothes off. I asked her if she wanted to use a condom – I heard some girls don’t – and she just shook her head. The sex wasn’t that great because I was pretty drunk and had a hard time keeping it up. Unsurprisingly, May didn’t seem to be really into it but every now and then she’d smack my butt so I kept going. It was hard to understand anything she was saying because she wasn’t really making sense, but at one point I think she said that it hurt. As soon as she said that, I pulled out and went to bed. This morning when I woke up she was gone. She had just disappeared! I’m going to call her now to make sure she got home okay and find out why she left without saying goodbye.

WTF! has put together a list of 7 critical tips for our readers about how to avoid being in a situation like Beng and May: